The earliest memorial to a Radleian killed in conflict is a brass plaque in the Chapel in memory of Melville Balfour, killed in the massacre at Cawnpore during the Sepoy Uprising in 1857. The latest is the Armed Forces Fund established by the Radley Foundation and the families of Lt. Col. Rupert Thorneloe and Lt Dougie Dalzell, both killed in action in Afghanistan in 2009 and 2010 respectively.

There are a number of brass plaques to individual Radleians killed in action before 1900, but the earliest group War Memorial is that for the Second South African War, 1900-1902, located in the Chapel. It bears the names of nine Radleians. The memorial was designed by Sir Thomas Jackson, the architect who designed the Chapel in 1895, H Social in 1909, Hall in 1910, and the War Memorial Arch in 1919. The bronze figure of St George slaying the dragon is by George Frampton, RA. The pedastal is alabaster. The memorial was paid for by subscription. It was over-subscribed and the balance of the fund was used to found the Old Radleian French Prize.

At the end of the First World War, Radley had lost 219 boys, teachers and servants. The War Memorial consists of several parts: most visibly, the War Memorial Arch, engraved with the name and regiment of every casualty known by 1919. It was designed by Sir Thomas Jackson, the foundation stone laid in 1921, and opened by Field-Marshal Sir William Robertson on May 31st 1922; secondly, the eight War Memorial Albums, containing a photograph and notes about each boy; thirdly, the War Memorial Fund, established in 1917 to provide scholarships to the sons of Old Radleians killed in the War. In addition, The Radleian magazine recorded deaths and citations throughout the War. An illuminated book of the Roll of Honour, presented by Denis de Vitré, is in the Chapel. He presented a similar book for the names of those who fell in World War 2.

An individual memorial to the composer, George Butterworth, a member of the teaching staff before World War 1, was commissioned in 1986. It is a glass plaque by Laurence Whistler and is located in the Music School. There are also brass plaques and stained glass windows in memory of individual Radleians in the Chapel.

The War Memorials for the Second World War continued the same pattern as those for World War 1. The War Memorial Arch was engraved with the names of all the fallen, although without separate plaques for ‘masters’ and ‘servants’; three more albums of photographs were compiled; extra money donated to the War Memorial Fund; and a Memorial Wall for those families who wished to donate a stone, just outside of Chapel, next to the Sword of Honour with its permanent poppy wreath.

A room built over the archway initially had no specific purpose. During the 1920s it was used by the school’s Toc H Group, founded after the model of Toc H in World War 1, as a place for discussion, reflection and prayer. After World War 2 this room was transformed into the Chapel of the Resurrection. It houses the War Memorial photograph albums for both world wars, and is furnished with chairs given in memory of a number of Radleians who fell in World War 2.

A Memorial to those killed on active service between 1945-2005 was dedicated by the Radleian Society in 2008. It contains four names. It is by the Kindersley Workshop and is located in the Cloisters, opposite the World War 2 commemorative wall.

The photograph albums for both World Wars have been digitized, and a database combining all available information about the fallen created. This allows search by name, Social, regiment and theatre of war or particular major battles, and includes the obituaries from The Radleian magazine. 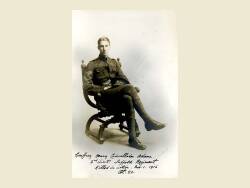 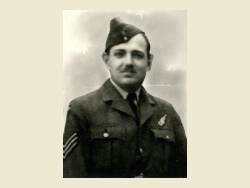